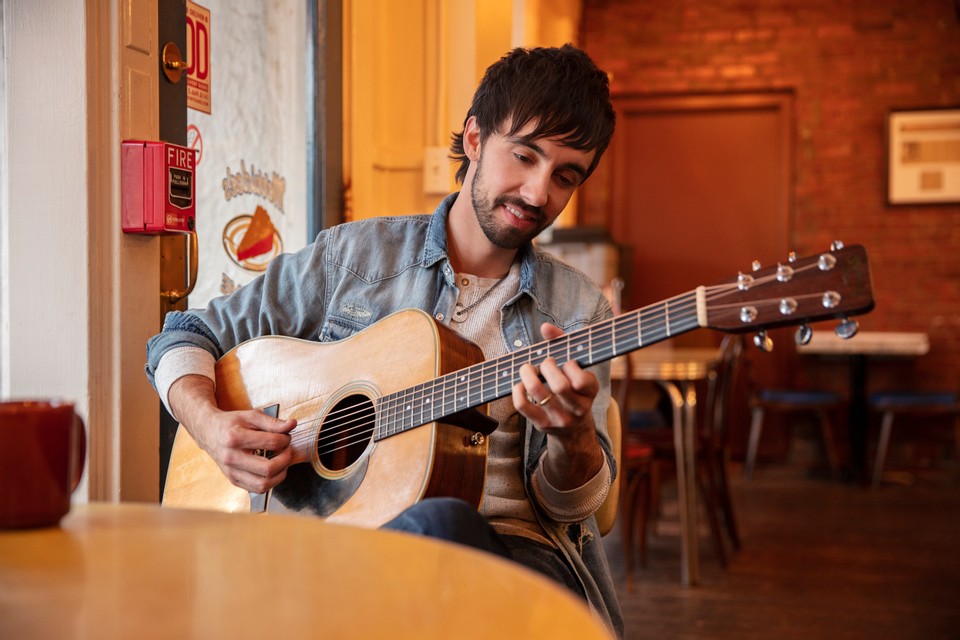 Live Music Performance Lineup – At this year’s 2021 Tennessee Honey Festival, there will be some big names there. Among these names include: Mo Pitney, Jeremy McComb, The Dryes, and Morgan Alexander. These well established musicians in Nashville, Tennessee are ready to bring live music back to you with great music to your ears on Sunday, October 3rd, at the 2021 Tennessee Honey Festival, located at Bicentennial Capitol Mall State Park! Let’s learn more about these fantastic musicians.

This Illinois native grew up playing country music with his family. At six years old he started playing drums and when he was twelve, he started the guitar.

Growing up he played in a bluegrass band with his brothers and a couple friends. From there, Mo moved down to Nashville, Tennessee with his family.

Mo Pitney is an artist of Curb Records, having been signed to the label for seven years. During this time period, Mo has dropped two studio albums, “Behind This Guitar” (2016), and “Ain’t Lookin Back” (2020).

His singles, “Country”, and “Boy & a Girl Thing”, charted 40 and 50 on the hot country charts respectively. Both country hits were off his album “Behind This Guitar”.

Jeremy McComb is a country musician & artist who has had an interesting climb up into Nashville’s music scene.

Before he was a country music artist, he was a disc jockey at a Seattle radio station.

While a radio DJ, Jeremy met famous comedian, Larry the Cable Guy. Jeremy and Larry became quick friends; and from there, he became his touring manager.

From there, Jeremy transitioned into being a country music artist. He has dropped three albums during this time, “My Side of Town”, “Leap & The Net Will Appear”, and “FM”. His single, “Cold”, from the album, “My Side of Town”, charted 43 on the hot country charts.

Even though they may not have a score of hit number one singles, they have made a huge impact in the country music scene.

With their first single, “Amen”, this tune garnered a Rolling Stone country mention in the “Top 10 country songs of the week”.

Their next single, “War”, dropped after that, receiving a CMT spotlight for their music video.

Morgan Alexander is a Nashville singer/songwriter who has had numerous indie cuts.

Morgan has shared the stage with some of the biggest national acts, such as: Little Big Town, Eric Church, Miranda Lambert, John Michael Montgomery, & more!

“Exuma” and “Breaking My Heart” are two acclaimed tunes that charted hit songs in which Morgan has recorded; this included over 20,000+ spins on radio in the USA, plus more worldwide.

Who Will Be Speaking At The Educational Tent at The Tennessee Honey Festival?