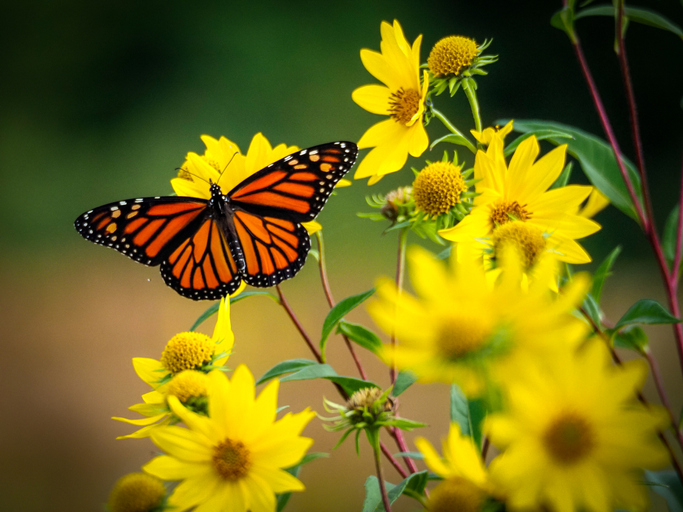 Beautiful Butterfly or Muted Moth? – When comparing a butterfly to a moth there are multiple physical differences as far as appearance. This can vary due to both insects living in different conditions around the world. These two flying insects are a lot more alike than they may seem. Let’s dive deeper into moths and butterflies in Tennessee.

When you think of butterflies do you picture a bright colorful big one? Most people do. What about moths? Do you picture a tan or neutral moth near a light at night? Although these conceptions may be the case sometimes, it’s not always how it goes.

Physical Appearances of a Beautiful Butterfly or Muted Moth

As far as color, butterflies tend to be bold and colorful. Moths, on the other hand, are usually neutral tones. This is not always true and can go the other way around sometimes. So, what can we use to decipher between them?

A butterfly antennae is “club-shaped” while moths are more tapered. The size of the insects can be different, but this, again, is not a foolproof method. Moths are generally smaller than butterflies, though this isn’t the case with every species.

A moth’s lifecycle begins with egg-laying. This step is followed by hatching to a caterpillar. Once this development is reached, it goes to be a pupa, the final stage before assuming the role as a moth. As an adult moth, the females will attract the male with her scents. The female then can lay anywhere from 100 to 1,000 eggs. The lifecycle is matched up to their food plants so that they can hatch when the food is most abundant.

When dusk rolls around moths take the night shift for pollinating. They are attracted to the strong scent given off by certain flowers at night. Two of the more common flowers moths are seen pollinating are Yucca and moth flowers.

Butterflies are primarily attracted to butterfly flowers and milkweed. The milkweed benefits the butterflies by repelling certain predators, making them distasteful. Butterflies also tend to pollinate in the daytime, opposite of moths.

Although moths and butterflies have a few differences, both of these pollinators play key roles in the environment. Aside from their appearances, these two insects mimic similar lifestyles.

Do you want to learn more about nature’s pollinators? Would you love to be a part in helping further the protection of pollinators? Then join us at the annual Tennessee Honey Festival! There are education seminars, creative activities for kids while learning about pollinators, honey vendors, live music, honey-inspired food and beverages, and much more! Join us in being a part to bring awareness to our local communities about the importance of pollinators!